All the fun of the fayer on

Come along to St David’s Church Hall and have fun,
meet people, have refreshments, visit stalls and win prizes. 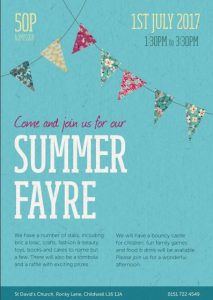 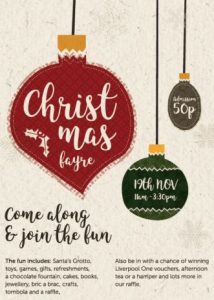 Come along and join the fun!

Also be in with a chance of winning Liverpool One vouchers, afternoon tea or a hamper and lots more in our raffle. 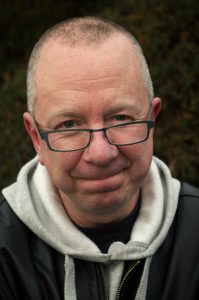 Today we are delighted to announce that Rev Peter Smyth has been appointed as the next Vicar of St David’s Childwall. Peter is currently serving in Kirkby as Team Vicar at St Andrew’s Tower Hill. We are now working to arrange a suitable date for the service of Institution at which Peter will formally become our Vicar in early 2017.

Peter has served as Team Vicar of St Andrew’s Church, Tower Hill for the last four years and previously Assistant Curate in the Parish of Prescot. He trained as a chef and worked for a number of years in the catering industry before moving into the retail sector and working his way up through the ranks of management. Although a Scouser born and bred Peter lived for a number of years in County Durham; a place he now calls his second home. Peter has also lived and worked in Spain. He has an eclectic taste in music, enjoys walking, still enjoys cooking, and likes to read to unwind.

A word from Venerable Ricky Panter, Archdeacon of Liverpool:

Please pray for Peter as he prepares to join us in 2017, for the people of St Andrew’s Tower Hill as they prepare themselves to search for a new vicar, and continue to prayer and support all those who work and minister in this church.

Update: Wednesday 21 July 2021  With almost all legislation having been removed by the Government … END_OF_DOCUMENT_TOKEN_TO_BE_REPLACED

We take your security very seriously. Your name and email address will not be shared with anyone.

Bible verse of the day

Bookings for Weddings and Baptisms will be taken between 12pm – 1pm each Sunday after the main morning service at 10:30am; you are very welcome to come along to both.